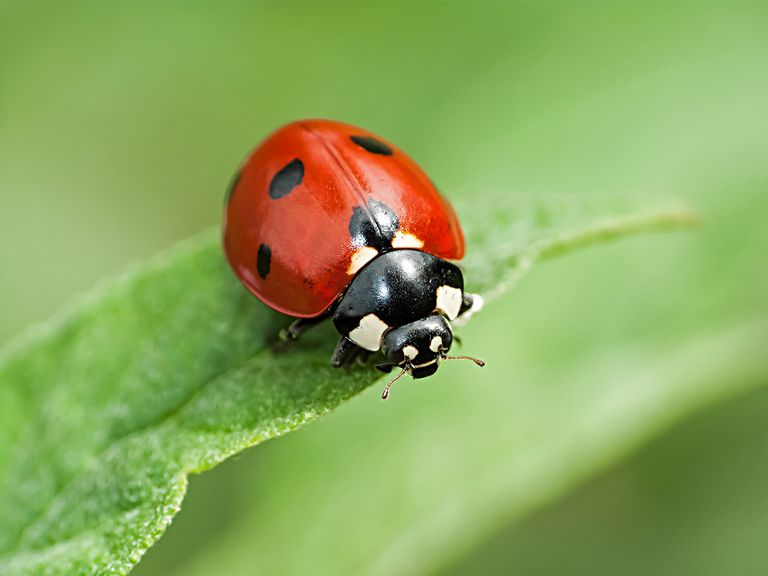 Fall brings with it fun holidays, lots of pumpkin pie, and fantastic foliage colors. It also has its drawbacks, and one of them is stink bugs.

What are stink bugs?

Stink bugs are brown or green in color, about eight inches long, and are shaped like a shield. They get their name from the foul odor they release whenever they feel threatened or are crushed. They are often visible in droves at the end of September and early October.

Stink bugs can quickly infest your home in big numbers if you do not deal with them. They come into houses in Fall looking for a warm place to hang out as the temperature outside starts to fall. You will often see them hanging in groups on outer walls or burrowed in cracks and holes in and around the home.

To keep stink bugs at a bare minimum if not eliminate them from your house, you need a multipronged approach. That means using several elimination solutions to fight the stinkers.

Here are 8 tricks you can use to get rid of stink bugs from your home.

Stink bugs often come into houses through cracks, ventilation points,  and the underside of doors among other openings. To prevent them from entering your home, you should cover all openings and seal off any cracks.

Use mesh screens to cover windows, doors, chimneys, and air vents. Where there are cracks in the home, seal them up with silicone caulk. Door sweeps will also come in handy to keep them from crawling in underneath them.

Another thing that attracts stink bugs and other pesky insects is light. When night falls, they will make their way to your porch lights, security lights, and even bunch around your windows or under the doors if slips of light are showing.

You can prevent these stink bug invasions by dimming the outdoor lights and only using them when necessary. Motion sensor lights work well for this purpose as you won’t have to keep your outdoor lights on all night.

Also, seal up the spaces under doors and cover your windows properly with blinds to prevent light from leaking out and attracting the bugs.

3. Fight back with some good smells

While stink bugs readily release their foul odor when squashed or afraid, they hate intense, pleasant aromas. A good example is with essential oils such as Lemon, Lavender, or peppermint oils. Apply these sweet-smelling essential oils around your door and window frames regularly, to repel stink bugs.

Another great trick is to use dryer sheets. Rub the dryer sheets over any places where stink bugs come through, and you won’t see them come near. A bonus for this step is that your home will smell fragrant while keeping the stinkers away.

4. Clean up your yard

Any pest elimination expert will tell you that an untidy yard with wet patches and lots of junk and weeds will attract many pests. When they are outside, stink bugs are often attracted to water patches, weeds, overgrown grass and piles of unkempt wood.

To cut down on stink bug infestations as well as keep other pests at bay around your home;

5. Fight stink bugs with other bugs

As you will see here, if there are insects that are bad for stink bugs, it is Samurai wasps. Having lots of these insects around your home will put off stink bugs from coming close.

Since stink bugs often bundle at the top of house walls, you can be sure a wasp nest there will keep them away. To attract wasps, plant wildflowers around your home.

You can do all the above but still find some stink bugs in your home. The first thing to note is that you must not squash them. They will only release their signature foul smell leaving you and your home all stinky.

Instead, grab the vacuum cleaner and hoover them away. Make sure you use a vacuum with a replaceable bag so that you can throw it away along with them when done. If you use a regular vacuum cleaner without a bag, they will only stink it up, and it will take ages for the smell to go away.

As mentioned above stink bugs love moisture. You can get rid of many of them by making a trap using a wet towel.

Hang a damp towel wherever you see stink bugs and leave it there for the night. The bugs will get attracted to the towel because of the moisture, and in the morning, you will find lots of them there.

Dump the towel in a bucket of warm soapy water to kill the bugs and flash the water down the toilet. Repeat as many times as you need.

Most people get frustrated by stink bugs and decide to fight them with commercial insecticide. Although it’s a quick solution, these chemical insecticides are harmful to your health and that of your family.

If you want to use an insect spray to fight stink bugs, why not make one yourself? All you need is Neem oil and water. Neem oil interferes with the feeding senses of the bugs causing them to starve and die.  It also keeps them from laying eggs, which eliminates the problem of increasing numbers.

The other option is to use soapy – vinegar water. Mix vinegar with a few drops of soap and water in a spray bottle. Spray it over stink bugs wherever you see them. The soapy solution dehydrates their outer layer, thereby killing them.

These are eight ways you can get rid of stink bugs from your home or keep them from coming in. They are home solutions that are easy to do and effective. Combine them to significantly reduce the population of stink bugs in and around your home this Fall.