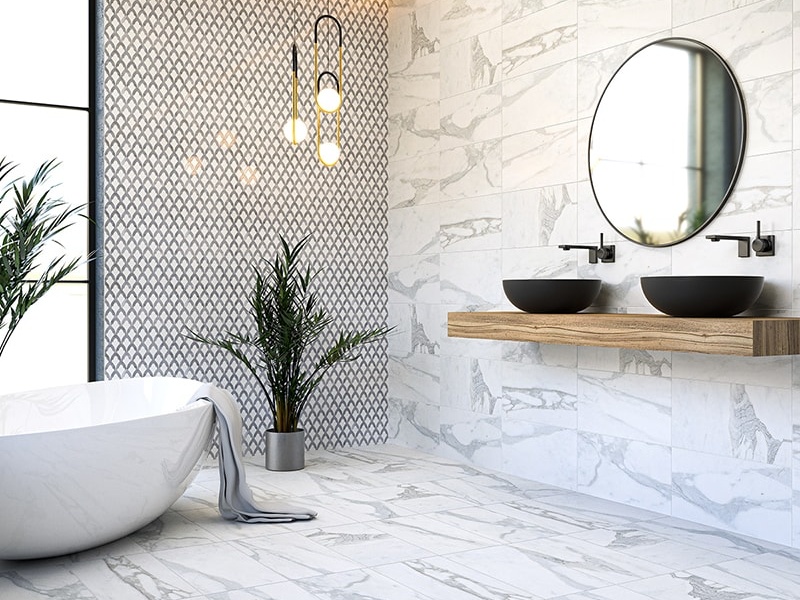 Azulejo is a form of painted tin-glazed ceramic tilework common in Portugal and Spain. Azulejos adorn the inside and outside of temples, palaces, ordinary homes, schools, and, more recently, pubs, shops, and even railways and subway stations. They are a decorative art form with a particular practical capability, such as home temperature control.

Former Portuguese and Spanish colonies in North America, South America, Goa (India), Lusophone Africa, East Timor, Macau (China), and the Philippines have a history of producing them. Azulejos are a significant feature of Portuguese architecture today, and they can be seen in buildings all over Portugal and its former territories. Several azulejos depict significant political and cultural events in Portuguese history.

Since the original intention was to emulate Byzantine and Roman mosaics, the term azulejo (as well as the Ligurian laggion) is derived from the Arabic (al-zillj): zellige, meaning “polished stone.” Many tiles in this origin have unmistakable Arab influences: interlocking curvilinear, abstract, or floral motifs. The zellige art is still practiced in the Arab world, with two major traditions: “Egyptian Zalij” and “Moroccan Zellige,” with the latter being the most well-known.

Seville, Spain, became a major center for the Hispano-Moresque tile industry. The first azulejos were alicatados in the 13th century (panels of tile-mosaic). The tiles were glazed in a single pigment, cut into geometric shapes, and arranged in geometric patterns. Many illustrations can be found in Granada’s Alhambra. In the 15th century, the old techniques of cuerda seca (‘dry string’) and cuenca were developed in Seville. Following a visit to Seville in 1503 by King Manuel I, these methods were introduced into Portugal.

At the turn of the century, artists such as Rafael Bordalo Pinheiro, Jlio César da Silva, and José António Jorge Pinto began to produce Art Nouveau azulejos. Rafael Bordalo Pinheiro established a ceramics factory in Caldas da Rainha in 1885, where he produced many of the city’s popular pottery designs. He has his own museum, So Rafael, in this factory, dedicated to his fantastically innovative work, especially the decorative plates and his satirical stone figures, such as the Zé Povinho (a representation of the worrying common man).

Art Deco-azulejos first emerged in the 1930s, with António Costa as their main designer. The monumental decorations in the vestibule of the So Bento railway station in Porto, created by Jorge Colaço, consisting of 20,000 azulejos, depict historical themes in a romantic ‘picture-postcard’ format. This is one of the most well-known azulejos productions of the twentieth century. The façades of the churches of Santo Ildefonso and Congregados all testify to Jorge Colaço’s architectural supremacy. Mário Branco and Silvestre Silvestri, who decorated the lateral façade of the Carmo Church in 1912, and Eduardo Leite, who worked on the Almas Chapel in Porto (in the style of the 18th century), are two other artists from this time.

Jorge Barradas, Carlos Botelho, Jorge Martins, Sá Nogueira, Menez, and Paula Rego are examples of 20th-century artists. The broad abstract panels in the first nineteen stations of the Lisbon Underground were modeled by Maria Keil (between 1957 and 1972). She became a driving force in the restoration and upgrading of the azulejo art, which had been in decline, through these works. Her decorations for the station Intendente are regarded as a modern tile painting masterpiece. Jlio Pomar (Alto dos Moinhos station), Maria Helena Vieira da Silva (Cidade Universitária station), Sá Nogueira (Laranjeiras station), and Manuel Cargaleiro (Colégio Militar station) were among the contemporary artists commissioned to decorate the newer subway stations in 1988.

The largest collection of Portuguese tiles in the world is housed at the Museu Nacional do Azulejo in Lisbon.