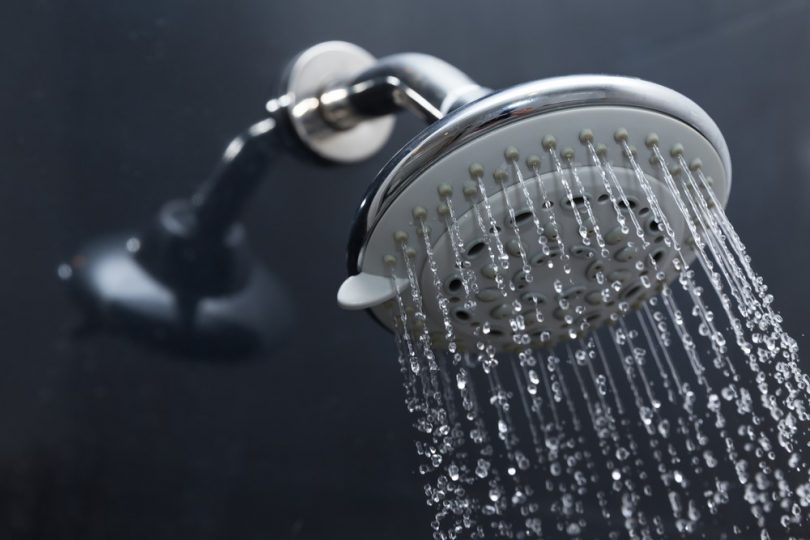 Does your old, funky (not in a good way) shower need to be updated?

You almost certainly know the answer to that. It’s safe to say that if you’re here, something needs to be done. The real question is whether you’re ready to face that icky shower situation and do something about it.

Of course, it’s beyond easy to put off home renovations, especially when things are still functional. But updating that shower might begin to feel like a more palatable move when you get a better feel for what it takes—it’s so doable—and how affordable it can be.

Sometimes you can reinvigorate that old shower without anything more than a deep, deep clean. Other times, unfortunately, it’s best if you take the out-with-the-old approach and replace your shower with something sparkly and new.

Here, we’re going to take a look at your options, from scrubbing to tiling. And don’t fret—if you do ultimately need to grab those tile tools, you’ll be ready.

Take a Stand and Fight That Dirty Grout

With all that water and humidity, showers are a prime location for mold to flourish. When mold sets up shop in your grout, you have a real situation on your hands. Moldy grout can, indeed, seem entirely irredeemable. It’s gotta go, right? Well, maybe not.

If nasty grout is your primary concern, pull out all the stops before you wave the white flag and begin renovating.

Keep in mind, as Vila stresses, you need to be careful and rinse thoroughly before trying different cleaning products, as certain combinations can lead to noxious gas, especially when bleach is involved. You might be amazed when that assault on your shower mold pays huge dividends.

Is Your Shower Really the Problem?

Perhaps your shower isn’t the number one culprit. Maybe it’s being held back by the company it keeps (and we don’t mean you). Sprucing up other aspects of your bathroom can make your shower seem pretty okay.

If your shower is old, it stands to reason that your walls could benefit from a fresh paint job. Painting may not be the easiest thing in the world, but it sure beats replacing your shower. A note on paint color: So many bathroom walls are adorned with the blandest of the bland. There is no justification for that, whatsoever. Go bold and bright with your paint.

And, while you’re at it, go ahead and complement that fresh wall color with a new bath mat. If your shower has a sad old curtain, well, that’ll have to go, too—swap old for bold. These simple steps could resuscitate your whole bathroom vibe. If you freshen those dingy walls and update your bathroom and shower accoutrements, that old shower might seem okay after all.

Fixate on Your Fixtures

How sad does your shower head look? Is it gunked up with minerals, a run-down, weak-streamed version of its youthful self? Is it just kind of—what’s the nicest way to say this—not visually appealing? Well, good news: Depending on your setup, replacing your shower head can be a simple, inexpensive task that even the greenest do-it-yourselfer can handle.

While you’re updating that shower head, you may want to do the same for the remainder of your fixtures. There’s a lot to be said for a whole array of gleaming new fixtures. Of course, some updates are easier said than done for all those intrepid do-it-yourselfers out there. If this proves tricky, it won’t cost too much to have a professional handle your install.

Most people are fully unaware that old tubs and showers can be refinished. It’s a nifty, relatively inexpensive move that most homeowners can handle on their own. If you can paint—and who can’t—you can handle refinishing that old shower.

The processes are quite similar. Refinishing can give you that glorious sensation of having a new shower without all the hassle and time replacement requires. Oh, it’s cheaper, too. Of course, it’s not equivalent to that new thing, which brings us to …

Go Ahead and Replace That Outdated Shower

Perhaps you’ve exhausted all the other options and are still stuck with a shower that makes you scowl. Or maybe you’re just really ready for a new shower.

However you ended up committing to the new shower option, understand that this doesn’t mean you have to drop an arm and a leg. Of course, going new can be pricey, but it doesn’t have to be. Prefabricated fiberglass or acrylic stalls are the cheapest options here. They also make for relatively quick installation.

But if you’re tearing the whole thing down, you may be interested in building it back up with something a little more glamorous.

Elegant tile makes for a timeless and durable choice, the kind of option that will undoubtedly turn that old shower into a place where you might choose to linger—beware of an uptick in water bills. A do-it-yourselfer with experience and drive can handle tile installation. But you might want to leave this to the professionals.

When it’s time to take action and do something about that old shower—when your shower needs a shower—one or more of these options will get you moving in the right direction. There’s work to be done, and you know what’s especially great after some serious work? A nice hot shower.